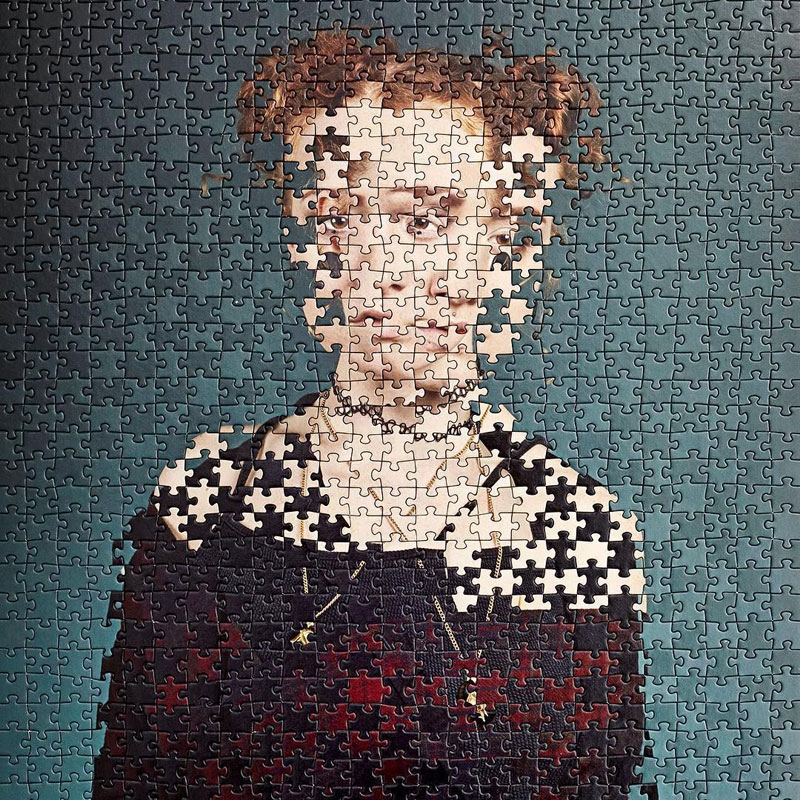 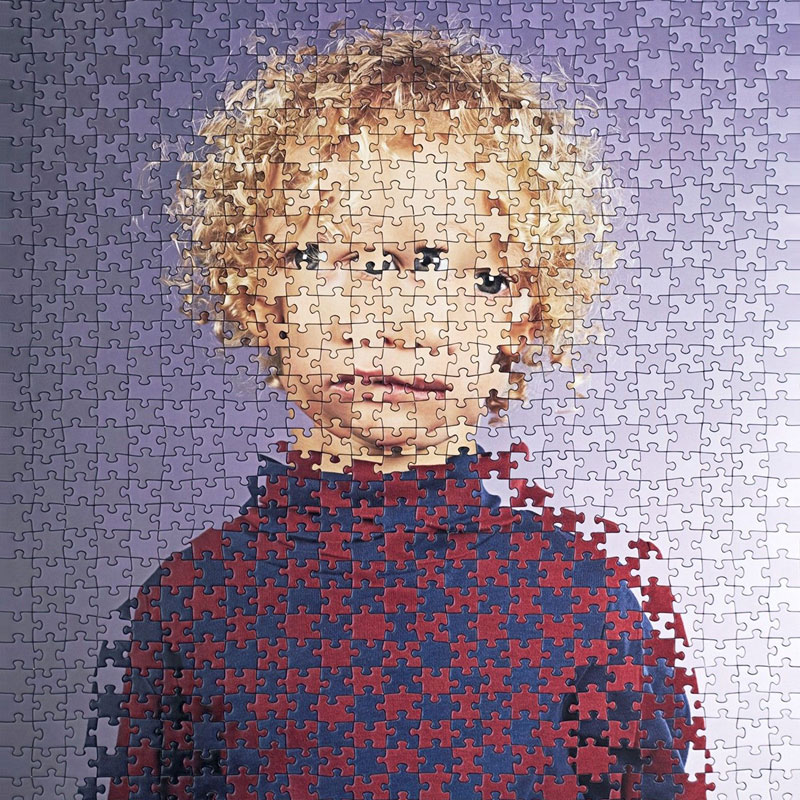 Neurophysiology and cognitive psychology, visual history and digital art, artificial intelligence and plastic surgery constitute the daring cross-disciplinary perimeter of the journal issue, which is meant to be an important step in a major research agenda, awarded an ERC Consolidator Grant in 2019 (FACETS: Face Aesthetics in Contemporary E-Technological Societies, June 2019 – May 2024, 2 million Euros). Within this perimeter, a specific issue is investigated: the agency of facial images.

As a vast literature indicates, the face is the most versatile interface of human interaction: most known societies simply could not function without faces. Through them, human beings manifest and perceive cognitions, emotions, and actions, being able, thus, to coordinate with each other. The centrality of the face is such that it is often attributed to non-human entities too, like animals, plants, objects, or even landscapes and, in certain circumstances, countries and cultural heritage. Symmetrically, defacing people literally means denying their faces, debasing their humanity. Such centrality of the face is the outcome of biological evolution, as well as the product of cultural post-speciation and social contextualization. On the one hand, as Darwin already showed in a seminal essay, the facial expression of some emotions, like shame, cannot be faked; on the other hand, countless cultural devices can alter faces, from makeup to tattoo, from hairdressing to aesthetic surgery.

The social centrality of the face manifests itself also in the omnipresence of its representations. The human brain is hardwired to detect face-shaped visual patterns in the environment, as the phenomenon of pareidolia or the syndrome of Charles Bonnet indicate; at the same time, most human cultures have extensively represented the human face in multifarious contexts, with several materials, and through different techniques, from the funerary masks of ancient Egypt until the hyper-realistic portraits of present-day digital art. Depicting the face, moreover, plays a primary role in religions, with Christianity setting the long-term influential tradition of a deity that shows itself through a human face whereas other traditions, like Judaism or Islam, strictly regulate the representation of the human countenance so as to avoid blasphemy.

Within this complex trans-historical and trans-cultural framework, the journal issue essentially revolves around a straightforward hypothesis: since the face is so central in human behavior, facial images that are considered as produced by a non-human agency receive a special aura throughout history and cultures, as if they were endowed with extraordinary powers. Furthermore, since in many societies the face is read as the most important manifestation of interiority, ‘non man-made’ images of faces are attributed a status of authenticity and earnestness, as if they were the sincerest expression of some otherwise invisible agencies. So as to test this hypothesis, the journal issue cross-fertilizes several methodologies.

First, it focuses on the phenomenon of face cognition known as “pareidolia”: the cognitive capacity to detect faces in a confused visual environment has been selected as adaptive by natural evolution (individuals endowed with such ability could, for instance, perceive faces or muzzles of predators hiding behind a bush); hence, such capacity is now part of the visual cognition of all human beings and is activated in particular psychological and contextual circumstances: seeing faces in trunks or in clouds is a common phenomenon, which precisely derives from such evolution. Further neurophysiological evidence, then, such as that provided by patients suffering from the so-called “Bonnet syndrome”, points at the existence of a specific brain module for the detection of faces in the environment: individuals that are visually deprived (because of senile blindness, for instance), start to spontaneously create visual stimuli within their minds, often in the shape of abnormal faces. The issue is meant to relate such neurophysiological evidence with the socio-cultural issue of ‘non man-made’ facial images: since human beings seem to be inclined to “see faces in nature”, what is the status that they attribute to such “spontaneous facial images”? Do they consider them as stemming from a sort of intentionality?
A second facet of the journal issue relates this question to the cross-cultural tradition of “natural images”. In many visual traditions, ancient sources report episodes of facial images that prodigiously appear in nature, and not only in trunks and clouds, like in pareidolia, but also in stones and gems. Pliny the Elder relates several such episodes in the Natural History, thus initiating a reflection that will then involve, in the following centuries, several scholars, mostly theologians and philosophers, but also artists and literati: is nature, or a mysterious force called “chance”, able to create images, and specifically artistic images of faces? In this domain too, what is at stake is to understand in what way spontaneity in the creation of facial images is associated to a specific aura, to an authenticity that man-made facial images lack.

The epitome of this anthropological trend is represented by the tradition of “acheoiropoietai” images, as Christianity denominates those images of the face of Jesus that are considered as miraculous qua created not by artists but by a transcendent agency. The third facet of the journal issue enquires about them. Some, such as the Veil of Veronica or the Shroud of Turin, are thought of as facial prints of the real face of Jesus and, therefore, worshipped as relics; others, like the mandylion of Edessa, stem from a legend that attributes to Jesus himself the initiative of creating his own miraculous self-portrait, for example by simply wiping his visage with a towel. Similar episodes are present in other religious traditions (e.g., in Shia Islam, referring to the bleeding face of Husain, or in Buddhism): they all witness to a cultural trend that bestows a particular aura, and special powers, to facial images that emanate directly from transcendence: on the one hand, the mandylion is believed across the centuries to exert a magical power (deterring enemies, for instance); on the other hand, non-man-made facial images emerge as portraits of human beings as well, so as to mark their divine or semi-divine nature (as in the narratives of the miraculously made portraits of some Christian saints, such as Ignatius of Loyola).

The most daring aspect of the journal issue revolves around the hypothesis that this anthropological connection between the communicative centrality of the face and the special status of non-man- made facial images does not cease with the advent of modern science and secularization but is somehow transferred to other domains. In present-day societies too, indeed, self-emerging facial images also exist, in several contexts. They continue to play an important role in sacred pareidolia, with the proliferation of stories (especially in social networks) of people who claim to have seen the face of Jesus (or, alternatively, that of Satan), prodigiously emerging in a cloud, or from a rock, or even on top of a burned toast.

The connection between non-human agency and facial representation, however, unexpectedly surfaces also in non-strictly religious domains. One of them is quite bizarre but deserves farther investigation mainly because of its implications in terms of social psychology: the web is peppered with “selfies” that were supposedly taken by non-human animals; although in most circumstances these images are circulated out of merriment, and imputed to fortuitous circumstances, they are often received as if they were really the product of a non-human intentionality attributed to such or such animal species.

A fourth facet, then, allows the journal issue to continue the traditional philosophical reflection on both the supposed figurative agency of nature and the relation between animals and machines. Indeed, nowadays the spontaneous creation of images is attributed not only to animals, as in the case of ‘casual selfies’, but also to devices. Whereas the ability to cognitively deal with images is often used as shibboleth to distinguish between humans and algorithms (for instance, in the captcha test), this distinction is more and more challenged by advancements in artificial intelligence. Since 2018, generative adversarial networks have been given the task to create from scratch facial images that do not correspond to any ontologically present faces. The realism of these “artificial faces” is quite impressive, and often induces human observers to adopt a rhetoric of awe: machines too are attributed the uncanny ability to create images of faces, with such a level of realism that seems to match that of nature itself. Recent experiments with the animation of these ‘transhuman portraits” add a further level of complexity to the issue of their social reception.

Digital technology, however, is not the only one to aim at the creation of “artificial faces”. In the domain of plastic surgery too, the face has been the object of constant inquiry about the possibility to recreate (reconstructive surgery) or create (aesthetic surgery) parts of it that are damaged or undesired, up to the first experiments with face transplantation. In the extremely controversial domain of genetic engineering, moreover, the “face” of animals has already been artificially reproduced, and there is at least the theoretical possibility (thus far unexplored for ethical and legal reasons) to genetically “copy” the human face.

Faces emerging in the arts

That is exactly what some present-day artists seek to achieve, although with the completely opposite purpose of criticizing trends in the current bio-politics of the face. Italian artist Leonardo Selvaggio, for instance, creates masks reproducing his own countenance, which can be worn so as to throw off attempts at automatically ‘read’ someone’s face. It has to be underlined, indeed, that the long-term tradition that imagines facial images non made by human hand is paralleled by a symmetric tradition seeking to bring about an equally non-mediated interpretation of the human face. This tradition, that starts with Aristotle’s physiognomy, passes through Lombroso’s criminal face typology, and continues nowadays with reductionist approaches to the face as well as with the large-scale introduction of face recognition software, does not dream of a face that spontaneously emerges from nature but rather of a face that spontaneously returns to nature, giving up its meaning without any hermeneutic filter or ambiguity.